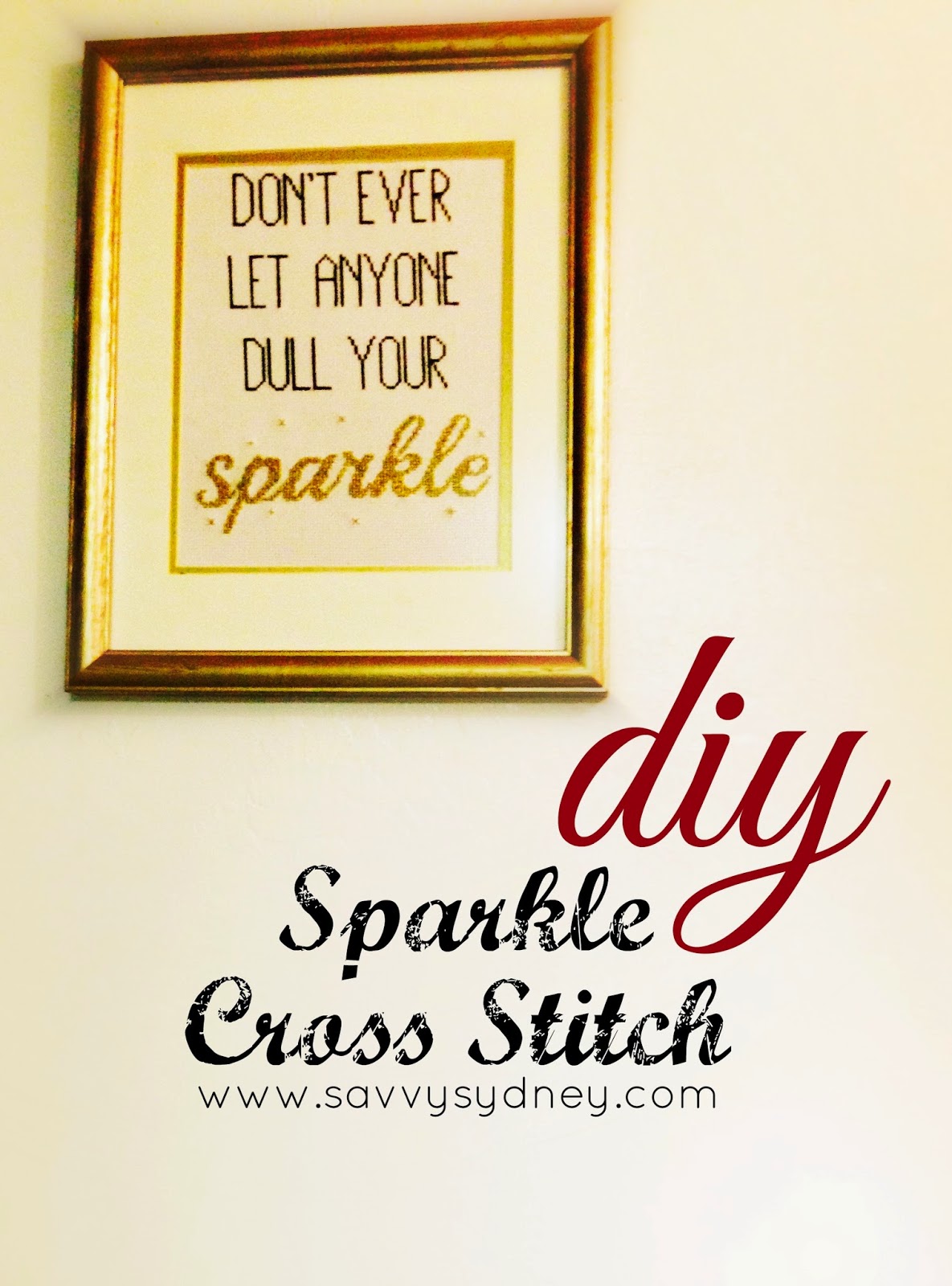 So... Y'all know those times when life just decides to kick you in the rear, just to remind you that you're alive? Well, Life totally did that to me over the last few weeks. Nothing horrendous occurred, just general stuff that kinda builds up and brings you down a few notches. But that's how life is, you have to have bad times so that the good ones are that much better. But the outcome is that I haven't been able to post on here on time this week. Sorry for that guys.

So last week Joann's was having a big sale on some of their fabrics. Conveniently enough for me, it was the exact type of fabric I was needing for some sewing projects that I intended to make. That fabric is usually $9.99-$14.99 for the fabric that I use for it, and they were all 50% off. So I went and bought about 20 yards worth of different patterns so I could start working on the sewing. But then... Life happened. My sewing machine decided to take a giant poo on all of my plans.

I've only had it for about two years, and I treat it very well, but it does get used a lot. Well... Sasha (Yes, I named my sewing machine. Don't judge me. Or at least not harshly) decided that she had enough of my beating. She exploded. (Okay, maybe not exploded... But she did make a high pitch whining sound and then continued sewing even though I didn't have my foot on the pedal, and then refused to move entirely.) I cleaned it and did everything I could to fix it with no luck. Honestly it acted worse after I cleaned it. I know that it will probably be more money to get it fixed than it would be to just buy a new one. So I'm just going to have to save up for that. But seriously guys... I was legitimately devastated. I love that machine, and it was given to me by a friend so it meant a lot to me. Not to mention that I had no idea how I was going to finish all of the sewing projects before Christmas without one. Although, I did end up having a saving grace.  Someone let me borrow their machine temporarily. Which was exceedingly nice of her, and it really made my day. 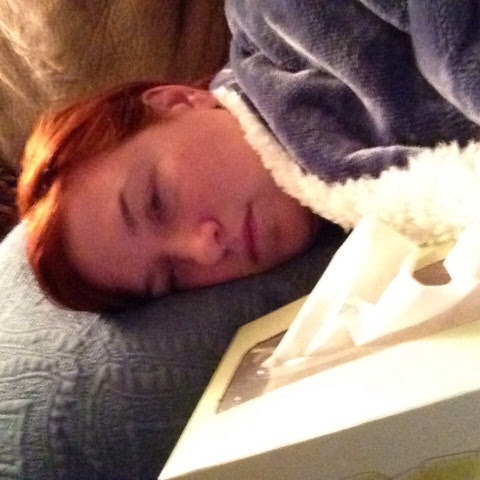 Me: half out of it, post medication for my arm.

A few days before the sewing machine catastrophe I had an allergic reaction to some insect bite that I got on my right arm. It was so bad that my arm swelled from my knuckles almost all the way to my elbow. It was bad. Also it was horrendously itchy. It was terrible. I had to go to get a ginormous shot in my rear (Totally not fun. Also ironic, considering that I spend all day doing it to other patients. I forgot how much I disliked being on the other end of the table.) The shot along with the other medications totally put me out of commission for the next few days. It was all fine... Until I woke up this morning with another one. My arm is killing me, it itches like crazy, and the medication doesn't feel like it's working. I'm kinda going crazy. Also... My arm looks like an ad for night of the living dead. My car has been slowly taking a poo on me as well... (Gertrude is old y'all. She's going to have to retire soon.) So basically over the last week all of the little straws built up and just totally brought me down. I just needed a break from everything so that I could reset and refresh. Plus u had a weekend away with my husband in San Francisco. Which was fantastic. He got me some wonderful lilies, which made my day. So I did duck out for a few days, but I'm back and I'm excited to share this project with you guys. 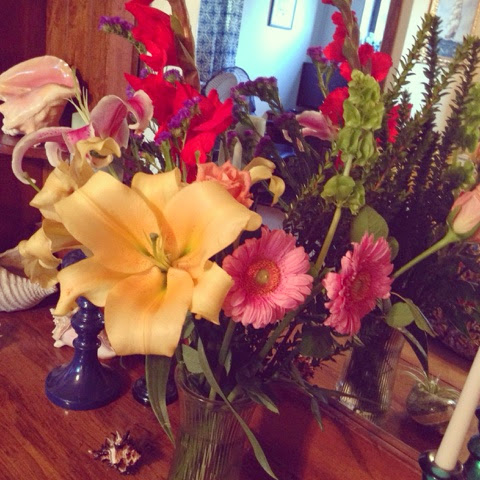 So this project I started with my friend Nora in mind. When I started this project it was close to her birthday and I was short on money. I am an uber sentimental person and I absolutely love homemade gifts, or gifts with meaning behind them. They are always the best ones to get. Don't you agree?  So I decided that I wanted to make her present. Nora is a super girly person who loves pink, glitter, bows, lace, and makeup. Every September is always entertaining. Nora decided a very long time ago, that she doesn't get a birthday... She gets a birthday month. Essentially what this means... Is whatever Nora wants in September, generally she gets. All in the name of her birthday month. It's kind of hilarious. For her birthday I wanted to give her something that would suit her perfectly... So I decided something shiny, and sparkly/glitter related would be best. I mean her nickname is "Princess Nora." Yes, there is even a tiara included guys. Last year she even got a wand too.

So in search for the perfect quote I scrolled down Pinterest looking for "glitter quote" in the hopes that I could find something that suited her, and I came across about 5 quotes that I thought would be great for her. But then... I found another, that was far too perfect to pass up.  "Don't ever let anyone dull your sparkle." I was so excited to finish it, and I hadn't even started. 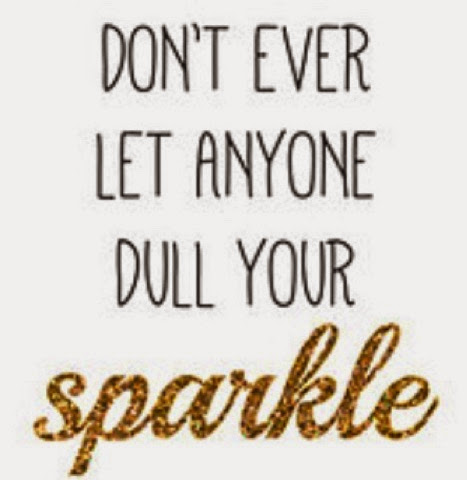 A few weeks before this I went thrift store shopping looking for stuff to decorate with, and ran across a few frames with matting that were awesome. They needed a little love, to be wall worthy... But I got them there. So I pulled one of those out and it had this awesome double matting. One white, and another gold one behind it. It was a wooden brown frame that really needed some TLC. So I scrubbed it and painted it gold to match the inside matting. I was having a dilemma as to what colors I should use for the project but once the frame was complete... There was no other choice than to have the gold as a theme. So I settled on gold and black.

So I decided that because "sparkle" seems like a word that should be shiny, I did it in gold and the rest in black. But once I went shopping I saw that metallic gold thread again. Basically the sister to the evil red thread from "diy zelda art." But some time had passed since I had used the red, and I decided it couldn't really be as bad as I was remembering. Boy was I wrong. It was a nightmare. I can't tell you how many times it decided it had enough and just decided to snap in half for no reason. There were many tears y'all. It also receive the great honor of being thrown across the room, multiple times. The best part is, I was so mad that I would throw it as hard as I could... And it would go all of two feet away. It's a bit like throwing a leaf. Pointless. Also with the added benefit of making you look like a pansy who can't throw.  So essentially I didn't really throw it across the room... I only managed to throw it across the foot wide table onto the floor. I usually don't have this kind of a patience issue... But cross stitching seems to bring it out in me. Eh. I guess you win some and you lose some. 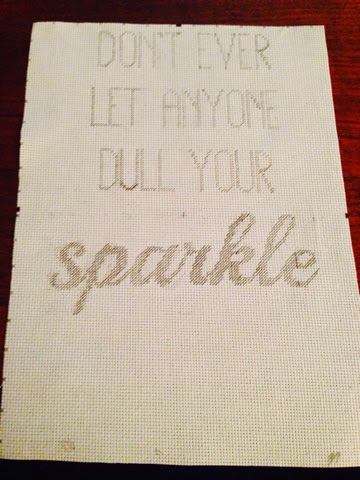 So I tried to use a site where it would pull up the pattern for me based on the picture I found. But after about four tries of trying to draw the word sparkle... I gave up on that plan. I ended up erasing what I had done and manually drew sparkle onto it, and just free handed drawing the squares until it looked good to me. For me it wasn't hard to do it that way... But I know not everyone is the same. So a site that renders the pattern for you to count and stitch might be the best for you. 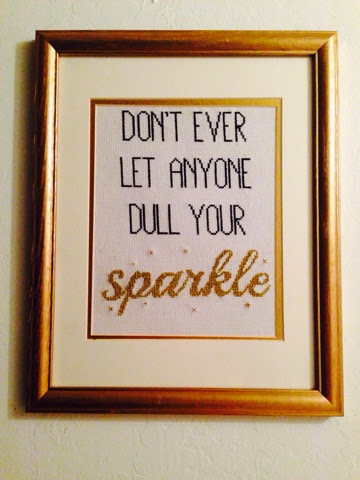 All in all it ended up being absolutely amazing. I was so in love with it I almost didn't want to give it away. But I had to. It was too perfect for her to not give it to her. I'll just have to make another one for myself!

So what do you guys think about it? Would you make one for yourself or a friend?

P.S. Everyone who follows my Instagram @savvysydneyblog gets to see little sneak peeks of my upcoming projects.